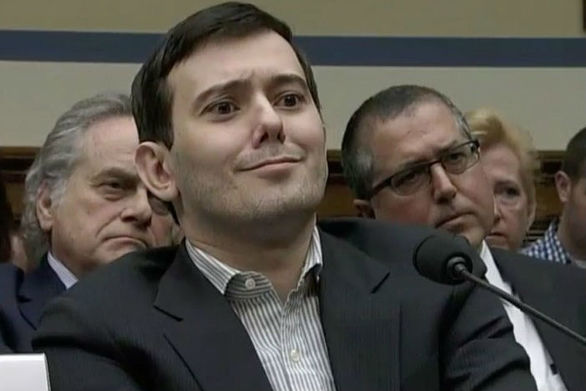 February 5, 2016 – On Thursday, the United States Congress conducted a hearing designed to lambast and shame that which America hates, the grinning, emotionally detached id of free market economics, for a little less than an hour. Sources confirmed that, in doing so, Congress has solved all of capitalism's inherent issues and has made America safe until the end of time.

The smirking underbelly of laissez-faire capitalism was subjected to several minutes of questions, insults and grandstanding, throughout which it repeated the advice of its counsel not to testify in any way. In the end, the personified failings of financial malfeasance was allowed to leave, but only after the bi-partisan panel had ensured that their work was done, and that capitalism run amok would never hurt anyone ever again.

“It was very important for us to get to the bottom of what routine business practices in America's free market environment led to such wanton abuse as the Daraprim price hike,” said Representative Elijah Cummings, D-Maryland, after the hearing. “By singling out the unrepentant douchebro visage of deregulation and shouting it down repeatedly with cameras nearby, I feel we have achieved that goal.”

Despite the fact that the cringe-inducing face of preventable economic abuses no longer works at its previous company, and the fact that it proceeded to tweet childish insults at Congress right after the hearing was over, the representatives have assured their constituents that the days of oversight failures and artificial inflation are over, thanks to this potent public spectacle.

“I'm super stoked that this hearing proved so effective,” said Representative Buddy Carter, R-Georgia. “We were worried that Congress would have to pass some kind of meaningful legislation to curb bad business practices and Wall Street misconduct. And clearly, nobody wants that.

“Thank Jesus that the exposed, uncensored ballsack of the capitalist mafioso was here, so we could point at it and call it names. I'd say our work here is done. When's the next recess?”

When asked what he planned to do now that America is forever secure, Representative and committee chairman Jason Chaffetz said he'd probably follow the traditional congressional route: retire from public service and become a pharmaceutical lobbyist.