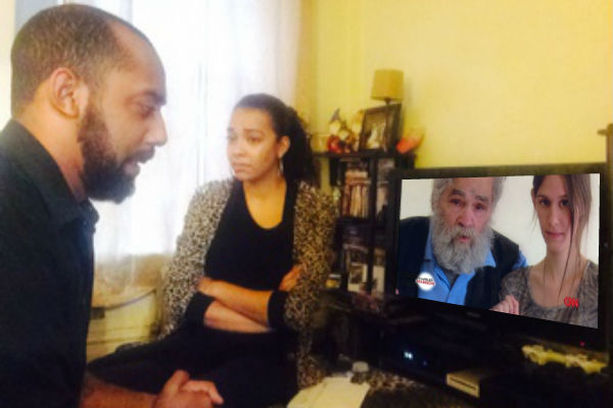 November 20, 2014 – The news that homicidal conspirator and 80-year-old lifetime prisoner Charles Manson has sought a marriage license with loyal 26-year-old follower “Star” Burton, which broke Tuesday, has proven to be the final straw for 27-year-old Bedford resident Betsy Howell, who has until now patiently waited for her boyfriend of six years to pop the question.

“I consider myself an enduring girlfriend, and not the least bit superficial,” Howell told assembled reporters. “But when a woman who is a year younger than me is able to achieve marital bliss with her man, a notorious criminal mastermind responsible for the deaths of at least seven people, you have to examine whether it's time to put your foot down.”

Manson, a disgraced musician with tenuous ties to The Beach Boys, who is serving a life sentence at Corcoran State Prison in California, is set to tie the knot with his young adult admirer by February. Howell, a traffic officer and aspiring realtor, has maintained a regularly updated book of her ideal wedding plans for 15 years, the cover of which has “To be completed by 2012” crossed out in red marker.

“I was fine when Trina got married first, she'd been dating Bradley since high school,” said Howell. “But it was like a domino effect with my sorority sisters after that. First Brangie, then Shannah, and even goddamn Darcy! And now Charles Manson? If history's any judge, I'll end up being Star's bridesmaid just for the fuck of it.

“I tell you what, Travis better have something planned, because if I'm not Mrs. Fairfax by next summer, I might just hop a boat to Riker's and start trolling the cells for some commitment.”

When asked about his future plans, Mr. Fairfax explained that he's been intending to ask for some time, but the news of Manson's engagement has him a bit rattled, as he finds it hard to compete with someone who has accomplished so much.