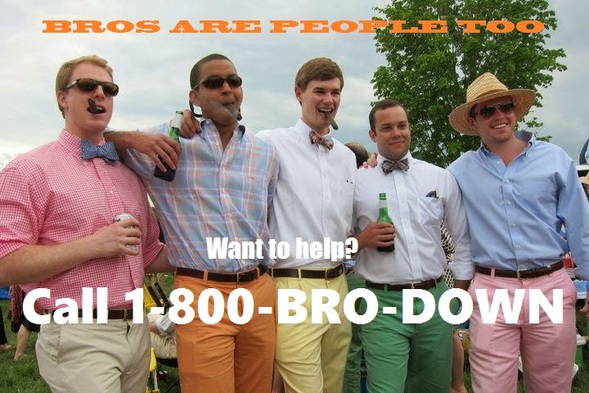 Photo courtesy of teennews.us
October 17, 2014 – Despite their insistence that all safety precautions were being taken, the Centers for Disease Control in Atlanta, Georgia has failed to quarantine a virulent strain of harsh vibes, which has entered the local populace and is totally buzzkilling at a rapid rate. If the CDC fails to contain this outbreak, U.S. officials fear, it could lead to an epidemic of major bummers for America's innocent bros.

The harsh buzz first broke out in Africa, which has been known throughout history as bummer central. After riding the party bus to Texas, the vibes began infecting individual brosefs and broskis before becoming airborne. While health workers struggle to contain the bad times, bros nationwide are being told to stay frosty, lest things become even more weaksauce.

“I was just chillin' with my Bro Jacksons, watching How I Met Your Mother and playing a little Smash Bros, when the story broke,” said Clancy Delforth of Pi Kappa Tau. “Tom Brokaw just comes on with the news that any day now, my buzz could be terminally harshed. And just when everything was feeling totally bropasetic.

“I'm less worried about myself, I'm always totes chillaxed,” he added. “But my Broba Fetts and Bro Dereks, their faint constitutions may not withstand a virulent epidemic. It's like, got me all ebrotional.”

While the CDC continues its health work, many are holding the Obama administration accountable for underplaying the threat the vibes posed to bro-kind. Far more contagious and lame than the recent Ebrola outbreak, this strain can effectively jump between bros, brahs, and Kool Bro Dees through mere skin contact, which has dire implications for the national party scene.

“This failure is just further proof that the president doesn't care about any bros besides his own,” Wisconsin congressman Paul Ryan, a self-identified bro and scholar of ecbronomics, said on America Live. “Average bros should understand that the Republicans have their backs. In addition to our many pro-bro policies, we have our best Double Bro Sevens working on on fighting this scourge, and if elected, I promise that in 2015, all Bilbro Bagginses and Brobi wan Kenobis will be livin' la vida broca.”

The CDC, the president and the Republicans all went out of their way to assure the nation's homies that they haven't forgotten about them, but they'll have to wait their turn.