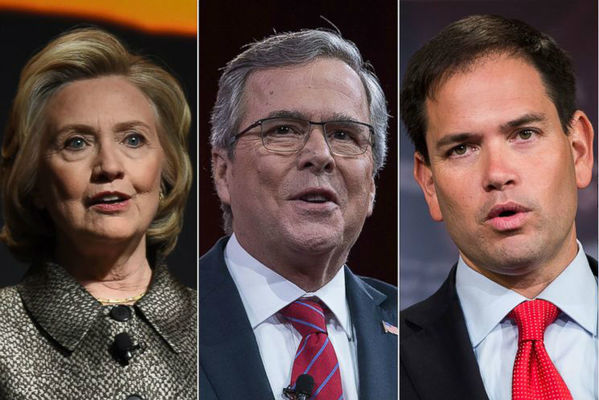 Image courtesy of ABC News
May 12, 2015 – With the US presidential election just several months around the corner, both Democrat and Republican candidates are making strong campaign promises. Chief among the claims is that, as president, each candidate would ensure that the United States remains the greatest nation in the world at being ranked 27th in science and 35th in math.

“America has always been the greatest gift God ever granted our majestic globe,” Mike Huckabee touted at a rally. “We are the greatest at being 15th in literacy, at being 30th in nocturnal safety, and at being 49th in civil liberties, and with me as your president, that will never change!”

While some fresh-faced candidates have some radical ideas for how to better achieve the goal of falling short of dozens of other countries every year, more pragmatic, establishment politicians like Hillary Clinton and Jeb Bush advocate a more measured approach to being the best at being in the top 50 most educated nations.

“The United States is already a world leader in institutional mediocrity,” Jeb Bush told supporters on Monday. “But there's so much more we can achieve by working together to defy self-improvement.”

“You know what they say,” he continued. “Science is about 95% confidence.”

When polled, the majority of Americans say they are so far undecided on which candidate would best lead the country further down the path, but that they look forward to a long, vibrant, and expensive election process, an exciting event which helps ensure the nation's rank as 21st in overall happiness.

“America stands as a beacon of hope to all the world, that with the kind of empathy and innovation displayed by our citizens, any country can achieve and greatly surpass our own potential,” Clinton boldly stated. “That's why we stride so confidently into every 'Great 8' summit and say, 'There's at least a dozen other countries who should be here instead of us, but they ain't! Suck it, Slovenia!'

“So vote for me in 2016, and not only will I maintain the status quo, I'll see what I can do about edging out Romania to make the US number one in child poverty!”

The presidential election will take place on November 8th, 2016, when slightly more than half of Americans will exercise their democratic rights, currently ranked 18th internationally.