Brock Turner's Father: “If We Lightly Punish One Rapist for His Actions, Where Does It Stop?” 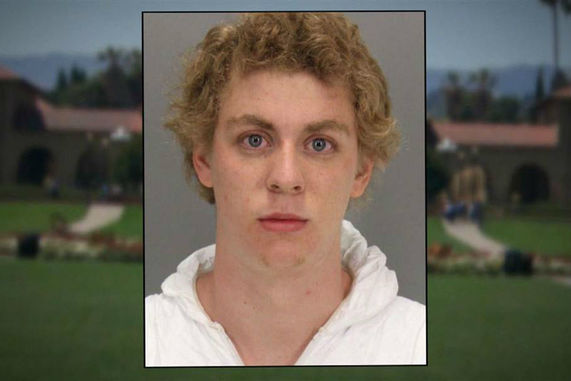 Image courtesy of NBC News
June 7, 2016 – As a follow-up to his heartfelt letter in which he states that his son should not have to pay the price of jail time for “20 minutes of action,” Dan A. Turner, father of the convicted rapist who only received a six month sentence with probation, has penned another plea to the public, that should we barely reprimand his son for his own conscious crimes, it may have dire implications for future generations of young rapists.

“My son only kind of did something wrong, so I find the fact that he's only kind of being punished very troubling,” Mr. Turner wrote. “What message does that send to all the grade A students and potentially world-class athletes out there who just want to celebrate their lifetimes of success and deeply ingrained sense of entitlement and invincibility by sexually assaulting some unconscious girl behind a dumpster?”

The letter, written to the public but initially addressed to Judge Aaron Persky, who provided the lighter sentencing for Brock Turner's crime, included a request to alter the sentence post-conviction, once again with the suggestion that Brock act as a spokesman to college men for responsible drinking, as well as to college women regarding their dangerous sexual promiscuity that destroys so many lives.

“My son, in addition to being an Olympic-level swimmer, is an excellent public speaker. I know that, if given the opportunity, he could talk some sense into these broads about not preying on successful, talented young men with their bodies and their wanting to be semiconscious and whatnot.”

Turner's second letter evoked a sense of urgency and selflessness, for despite knowing that he may be too late to help his son escape roughly a semester of incarceration, he says he'll sleep better knowing that his plea for leniency could help another privileged sex offender avoid personal responsibility.

“I'm just asking America to consider the bigger picture, that only 'certain people' should have to suffer the consequences for 20 minutes of action. And since that phrase didn't really jive with you all last time, lemme throw a few others at the wall: a roll in the hay, mutual pleasure, gettin' down and dirty, totally consensual sleep-boning, a special hug, good times had by all, what's rightfully his. Take your pick.”

Mr. Turner ended the letter by saying he's only gone to such great lengths to warn and educate the public because he loves his son, and he sees a lot of himself in him.