Broadway Show Dog Looking Forward to Getting Laid After the Matinee 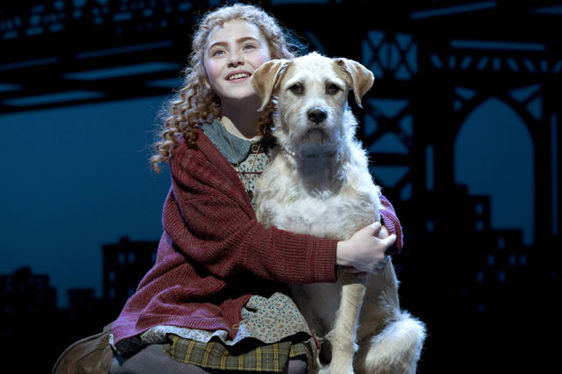 Photo courtesy of Joan Marcus
June 14, 2016 – Sunny the show dog, a seasoned performer now hitting the road with the touring company of Annie, told reporters Tuesday that she can't wait to get totally laid after the matinee performance.

“Look, when I'm onstage, I'm focused, I'm in the moment,” said Sunny, whose storied one-year acting career has landed her some grade-A post-show tail. “But man, once that curtain falls, all I can think about is whose butt I'm gonna sniff that evening, and then some.”

Before achieving Broadway fame, Sunny was a shelter dog with nowhere to turn. Now she rents a $3000-a-month apartment in Washington Heights and is waited on by a committed staff of human servants, all while pulling down whatever canine action comes knocking at the stage door.

“And since I know you vultures are gonna ask me, yes, my understudy Casey and I did fool around backstage sometimes,” she went on. “Totally harmless. She didn't want me to say anything, but I don't think we should be embarrassed about a little dry humping on the side.”

When the matinee began, Sunny reportedly had her eye on a well-groomed border collie service dog in the front row.