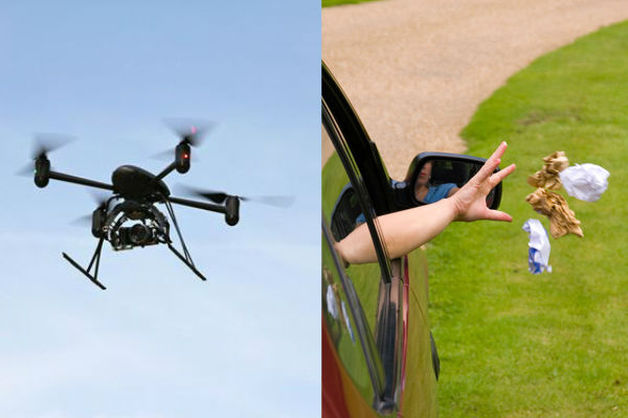 March 6, 2015 – As law enforcement and security technology both advance, most Americans admit to feeling safer. But while they agree that the most egregious legal offenders should be held accountable for their actions, they fear that constant surveillance both online and in the world might also challenge their ability to behave like petty, rude, tone-deaf assholes.

“This big brother police state nonsense could prove disastrous for casual douchebags like myself,” said Ann Arbor resident Vernon Trouser, speaking on condition of anonymity. “Now any time I feel like dumping my trash in my neighbor's yard, or whistling at joggers as I cruise by in my tinted hummer, I gotta look over my shoulder to make sure nobody's judging me for my dickishness. It's un-American, I tells ya!”

While fines for things like public indecency and leaving dog shit on the sidewalk have not yet increased, asshats say it's only a matter of time.

“Worse yet, the internet is no longer a safe place to be a small-minded bitch,” said Camden's Pauline McGooch, renowned among friends for her spot-on impression of a dated Mexican stereotype. “Any time you write something shitty about a coworker on a public forum like Facebook, it somehow gets back to them. It's like everyone's gone snitch all of a sudden!”

“This country hasn't been the same since they introduced traffic cameras in the 80s,” said Trouser. “Do I want pedestrians protected from wasted drivers going 90 miles an hour in a school zone? Of course! But that shouldn't mean I can't drive 70 miles an hour, slightly buzzed while talking on my phone and eating a burrito. That's where I draw the line.”

Those polled who do not see surveillance as a problem have said they are glad to see these people get their comeuppance, and are happy that cameras and social media have made it easier to be a vindictive, self-congratulating half-wit.