Americans Can't Even Remember Why So Scared of a Disease that Killed 11,000 Africans 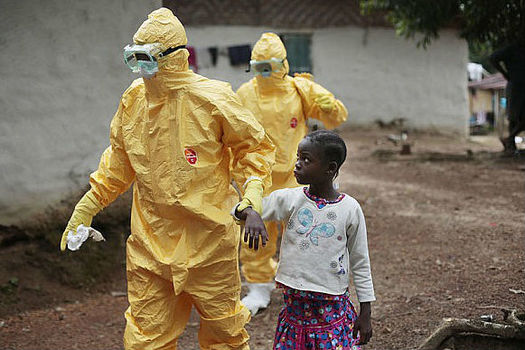 Photo courtesy of The Telegraph
August 28, 2015 – With the announcement this week that the last known Ebola patient has emerged from hospital virus-free in Sierra Leone, the people of the United States are now recalling the intense fear-mongering that took place over a year ago, and most feel rather silly for once being so afraid of a disease that caused thousands of deaths so far away.

“I can't believe we were all so worried about catching Ebola that we whipped ourselves into a frenzy,” said Louisville resident Marcus Burbins of the infectious disease that had threatened to collapse the infrastructure of three West African nations. “All that worry for nothing. Just goes to show, when you relax and take a step back from a situation, it's like these so-called problems don't even exist.”

When news first broke in December 2013 that Ebola had resurfaced in one of those African countries over there, people began to panic stateside, and as a result, any doctor returning home from Africa was quarantined and treated as a pariah. Thankfully, we now know that they posed no threat, and that their actions overseas can be completely disregarded.

“Personally, I blame the media for fueling the fire of misinformation,” said Lacie Chapwick of Bangor, Maine. “When something crazy happens in other countries, they immediately assume it could happen here. They forget the golden rule of American journalism: what happens in other countries only concerns those countries, and if we ignore it for long enough, it will probably go away.

“They wasted so much air-time on American outbreak speculation, time that could have been better spent covering sports, or the Kardashians, or which U.S. colleges most resemble Hogwarts.”

Despite making a concerted effort to disregard the breaking news out of Sierra Leone, most Americans polled say they're just happy that Africa was saved without the help of vaccines or international intervention.