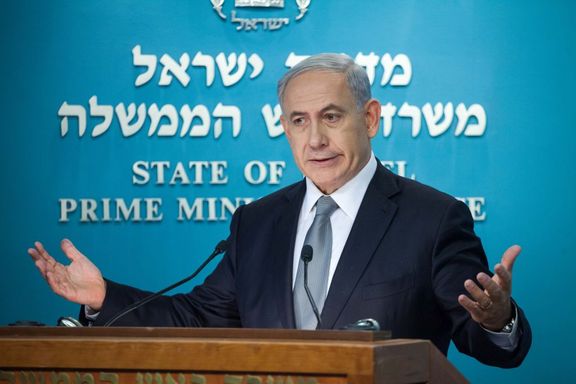 Photo courtesy of Emil Salman, Times of Israel
March 20, 2015 – After clinching the vote in what turned out to be a close and contentious election in Israel, newly reelected Prime Minister Benjamin Netanyahu has vowed to uphold the mandate from his conservative religious base on behalf of all Israelis, and keep plugging along with the kinds of cool, winning policies that have worked so super great for the past five years.

“Your message to me is clear,” Netanyahu announced on Thursday, “that it is time to look to the recent past of income inequality, global tensions, and growing ethnic divides, and say, 'Good times. Let's have another go.'”

'Bibi' Netanyahu, who had appeared to be trailing rival candidate Isaac Herzog in the polls, fought for his political life by reminding his constituents how fun it had been to spit in the face of diplomacy, and how if Arab Israelis got the chance to exercise their guaranteed right to vote, it could be a real bummer for the Holy Land.

“I understand that your faith in me as leader has been shaken,” Bibi said solemnly. “After all, I said in 2009 that I would happily pursue a two-state solution with our Palestinian neighbors. I'm just so happy that, through my efforts in this election, I was able to reassure you all that I never really meant it.

“So let us now raise a glass to the next five years, which will inevitably include two or three poorly handled military flare-ups, morally questionable settlements, and further poisoning relations with our greatest international ally. L'chaim!”

When reached for comment, Hamas stated that they too are looking forward to working with Netanyahu to shun progress and maintain the violent status quo.