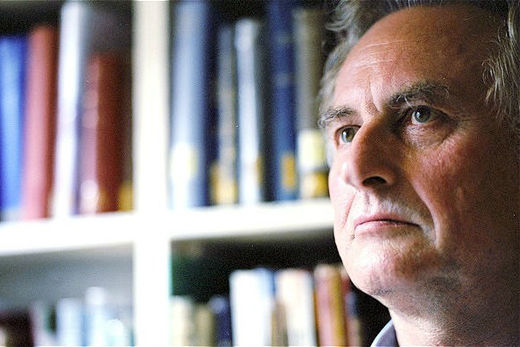 Photo by PA
July 29, 2014 - Professor Richard Dawkins, renowned evolutionary biologist and atheist champion, posted a line of tweets about logical thinking early Tuesday in which he, inexplicably, used degrees of rape and pedophilia as examples. In a recent heart-wrenching interview shortly afterwards, Dawkins explained that the opinions were not shared of his own volition, but rather, were forced out of his brain and onto Twitter by someone who had overpowered him, robbing his viewpoints of their dignity.

“I'm very used to sharing my bold sentiments online and in interviews; in fact, I rather enjoy it,” a visibly shaken Dawkins explained to New Republic. “But this time, I knew the statements were in bad taste. I outright refused to post them, but then someone held me down, opened my laptop, and began manipulating my hand until the tweets were completed and sent.

“I've never felt that helpless before,” he continued. “It was like... I'd had the choice of whether or not to keep these mean-spirited thoughts inside of me ripped away.”

Dawkins is no stranger to controversy, often dipping into subjects well outside his chosen scientific field, seemingly just to provoke and enrage religious-minded individuals. Because the involuntary nature of these tweets invoking sexual abuse of women and children has been exposed, it is now being theorized that other inflammatory statements may have been forced on Dawkins in the past, and he simply chose not to report it.

“It's truly awful what happened to me, because I get no personal pleasure from saying things that might upset my innocent Twitter followers,” Dawkins went on, fighting back tears. “I was very firm, I said 'no, I'm not going to post these asinine examples of cynical logic, what would be the point?' But apparently 'no' did not dissuade my attacker, and now the damage is done to my Twitter reputation.

“The worst of it is, sharing your deepest, most poorly worded thoughts on Twitter without fear or pretense is supposed to be a beautiful thing. And now it's tainted for me forever.”

While very open to talking about this violation, as well as most anything else, the prolific author and Oxford scholar seemed unwilling to name the offending party. We can only speculate as to whether it was a close friend or confidante, or someone holding Dawkins at knifepoint.