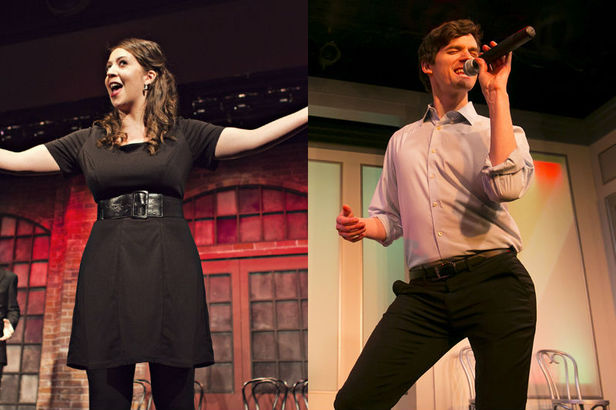 Photo courtesy of Second City
December 5, 2014 – The performance careers of Samantha Giblet, 27, and Parker Sachs, 25, have enjoyed stable trade relations for over a year, wherein both parties attend the other's improv shows, no matter how expensive or inconveniently timed. That stability has been under threat since last Saturday, when Parker missed Samantha's performance at the Upright Citizens Brigade's Indie Cage Match.

“I just don't get why he didn't show, especially since he RSVP'd on Facebook,” Giblet told reporters. “Thankfully we still had a good crowd, but how could Parker have known that his absence wouldn't cause my group, Jerry Hat Trick, to play to a practically empty house? And he expects me to attend every one of his shows? Seems to me the terms of our agreement may have to change.”

The two friends, whose relations with other acquaintances have been strained by a constant barrage of show invites, have depended on each other's consistent supply of butts in seats to fuel their ideal careers. While Samantha hopes to act in Hollywood someday and Parker actually would prefer to become a TV writer, their mutual ambition has formed what some observers have called a dependence.

“I feel really bad for missing Samantha's show on Saturday, but I've been struggling to make rent, and a $5 door charge is a bit much,” Sachs said. “Also, my friend Dave was having a party that night, and I thought this girl I'm into might have been there, so it was a tough choice to say the least.

“All I know is, she'd better still be attending my show at the Magnet on the 13th. She knows that's a big deal for me, since it's the one year anniversary of my group, Girl Scout Wookies. If she's a no-show, trade relations will definitely go sour.”

“Hell no, I'm not gonna attend that show!” Giblet said. “He has to know that this kind of flakiness is a dealbreaker. Also, between you guys and me, his group kind of sucks. I mean, Parker's good I guess, but I think the rest of them are holding him back. Maybe cutting ties now will give him the strength to flee the nest, so to speak. Or it won't. I'm just tired at this point.”

When asked for his response, Sachs told reporters that he was baby Jesus on a Carnival cruise piloted by Tarzans, and they quickly lost interest.